Shibata: I’m just getting a brain dock and CT test, but I’m surprised after all the consultations have been over in less than 20 minutes since I arrived at this clinic.

Shibata: It’s not early, this. In the United States, hospitals and clinics are usually reserved and do not have to be meaningless like Japan, but this is the first time. I never thought that MRI and CT would take less than 20 minutes.

How did you decide to open a “brain dock” specialty clinic?

Shibata: Mr. Hamano was in charge of the Rakuten era, portal business (infoque), advertising business, etc., and why did you decide to do this business with the president of Link Share Japan?

Hamano: There was a teacher from a hospital that I happened to know before, and I had an MRI where the depreciation was over. I heard that it is used for full package -type human dogs for the wealthy.

On the other hand, at that time, there was a case where brain failures occur during the driving of the bus driver and caused a major accident. Normally, bus companies and other drivers have a normal health checkup, which costs about 5,000 to 10,000 yen, but it costs 450,000 yen for brain dogs, so as a company. It’s a story that you can’t bear it.

I thought I could do this. So, I tried to say to the teacher, “Because the depreciation is over, let’s try MRI for 10,000 yen.”

However, I didn’t know if there was a need, so I had the teacher and the hospital be an advertiser and tested for Rakuten members for 10,000 yen.

Hamano: At that time, I was in charge of a portal business, so I was also in charge of sending emails to Rakuten members called Point email, but since there was a hospital in Sendagaya, about Rakuten members living in Tokyo, Kanagawa, Chiba and Saitama. When I sent an email to 150,000 people, “How about a brain dog for 10,000 yen?”, I applied for 500 people in two days.

Hamano: I thought this would never be a business. But at first, I wanted to do a customer business model instead of doing a clinic myself.

I was in charge of the car insurance estimate site, so if I take one estimate, there will be about 4,500 yen sales for 20 companies, and even if the user is backed 1000 points, it will be 3500 yen. Very profitable.

The brain dock is also the same model. If I thought, “Basically, I should do it once a year”, the customer database accumulates every year every year, and I imagined that this would be a very profitable one. (smile)

Shibata: Like Mr. Hamano! I see. You seemed to be a lead gen -type business type that you are deeply understood by yourself.

Hamano: So I wondered, “How many MRIs are in Japan?”

Shibata: That’s right. In the United States, there is a medical tourism, and some people go to Mexico to examine such tests.

There is a beautiful hotel in Mexico to come to the hospital inspection. Or, there are all hotels that stay to treat expensive teeth next to the hospital. However, the hospital seems to be terrible, but some people go to such places and test and treat them.

But the chest CT is 8100 yen, there is no insurance, right? Why can you make it so cheap?

Hamano: Free medical treatment. After all, the “occupancy rate” is important.

There are 6,000 MRIs in Japan and the largest number of units in the world, but the university hospitals and other hospitals are not operating at the end of the consultation at about 3 o’clock. Then, I wanted to lend me an MRI in my spare time, so I opened to the hospital.

I said that it was a sharing economy, and I opened three. Everyone was refused (laughs).

Shibata: Why? It’s a good idea that Mr. Hamano is opened and refused (laughs).

Hamano: No, that’s not the case (laughs). I think the words that a certain teacher told me is probably qualified, but I was told, “Hamano -kun, do you know what MRI is for?” Then, the teacher said, “It’s for the patient.”

Medical equipment in Japan is a medical device that shoots people with so -called diseases. That’s why it’s not for taking a healthy person.

In Japan, the insurance system is still substantial, so maybe I don’t say “dock” and say “image diagnosis”. Inspection is not MRI. From the hospital, you can get 20,000 to 30,000 yen just by shooting.

Because the machine is playing, if you go to a business that wants you to use it, you have to take a MRI in the first place, and then say “reading” and this time you have to see it. I need a teacher, and I have to take a radiologist. The hospital has a lot of people with illness, so “I’m not free.” (Laughs).

Shibata: The machine is empty, but the hospital is busy.

Shibata: There was a story about “the point of occupancy”, and I found out that other hospitals cost 450,000 yen, but why can this clinic make a brain dock for 17,500 yen?

Hamano: Because university hospitals take various parts, it is necessary to change the equipment settings, so it is the limit to take two people for one hour.

We specialize in brain docks, so the equipment is fixed only for the head, and the equipment is new, so positioning can be done on a computer. It’s about 10 minutes in MRI. Therefore, one hour and four people can shoot one hour.

For example, if a university hospital can only take two people for 1 hour for 30,000 yen at a time, the sales per hour will be 60,000 yen. The idea is that we can take a picture of 4 people per hour and lower the price to about 15,000 yen because we rotate at double speed.

Shibata: It sounds like a very simple mechanism, but how did you make an operation?

Hamano: We have a questionnaire from the web reservation, accept, take a picture, and go home, and the test results can be browsed on a smartphone.

Shibata: Usually, hospital equipment has no idea of ​​operating rate. But if you try to increase the occupancy rate, you need to gather as many customers.

Hamano: People come to the hospital, but when you open your own business, you can’t do marketing (laughs).

Hamano: If you raise the signboard, people will come, so we’re doing it from 9 am to 8:00 in the night, so we can come for lunch time.

I came to Ginza for work and was free for 30 minutes, so some people made a reservation 15 minutes ago on the spot.

Shibata: That’s right. I was surprised at the reservation slot for 15 minutes.

Hamano: Furthermore, the test results of the brain dock can be seen on our site and on My Page. If you get an email one week after the inspection, you will see the diagnosis result.

The two teachers examine the comprehensive judgment, the teacher will write a comment, and if anything, go to the outpatient clinic.

Because an acquaintance is taking 크레이지슬롯 a lot of photos, there was a need to give the same photo, “I and I want to do it.”

Shibata: You have completely succeeded in viral marketing. (smile)

Shibata: The story is a bit back, but the idea that a hospital is a place to cure the sick person, and recently the medical care is to stop the disease in English (preventive medicine), and to stop getting sick in the first place. So, if anything, Hamano -san is the latter, but I thought it was exactly the trend of the times.

As Kaiser, the more people who get sick, the more expensive. The income of the insurance premium is almost constant, even if there are many people who get sick. Therefore, it is more profitable to be tested before you get sick as much as possible and treated when you are small.

Hamano: In my teacher, the cardiology teacher is actually the director, but what I had done so far was a cardiovascular surgery for heart catheter. I was. In the end, I knew, “I don’t have the number of patients even if I do it.”

Actually, I want to do how to reduce the number of people before I get sick, so I am with the director.

Hamano: However, the hospital is busy, and the most profitable hospital is finding a disease and doing surgery. Even if you take a MRI of a person who looks healthy, it will be difficult to find rationality in terms of management because it will not become a patient unless you have a disease.

Shibata: Do you still have the idea that people who are good at surgery are the best? Of course, it is important to save your life at the last minute.

Hamano: Preventive medicine is actually friendly to the Japanese insurance system. Those who are very expensive as insurance are “life extension”. However, for example, if you find a problem by doing a brain dock at the age of 40, you will have to improve your life, so the medical expenses in your entire life will often be lower.

(Continue to the second part.) 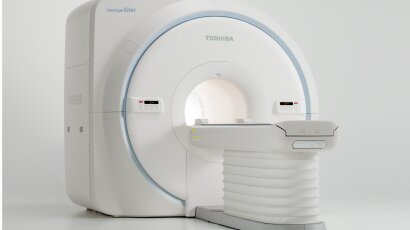 The last means that it is irreversible.

William Node House, the author of the Climate Casino, predicted that a few years ago, the Earth’s greenness is about to be the last. He insisted that the earth was ahead of the inflection point (tapping point) that the earth could maintain the greenness of this time, and that moment will come without notice. His intention to compare the earth’s climate crisis on the casino emphasizes that this plate is irreversible.

In Korea, the holiday 바둑이게임사이트 season began to enjoy the greenness of the earth and to recover it. Those who leave the mountains and the sea enjoy the wind, trees and stars there. The wind is winded at the end of the finger and shakes the tree. The shaking tree makes a refreshing sound. I see a star after that. It’s green.

At the same time, a signal that disappears green is detected. Europe suffers from abnormalities. Over the temperature, forest fires are caused by forest fires, and patients with thermal diseases occur. European energy shortages make people’s response to abnormal high temperatures more difficult. Crops that are sensitive to temperature changes are hesitant to bear fruit. The price of crops rises due to the imbalance of supply and demand.

We know instinctively that green is not just a ‘good view’ object. If not, it is the object of redemption that makes it difficult to live a human life. The reason is that we try to recover through greenness. There is a querencia in the Spanish bullet. This is an unsuccessful place that the bullet is restored. Thus bullfighters prevents them from staying in Queensia during the game. This is because the cow who recovered in Queensia is very difficult to win. We use the Earth’s greenness as an opportunity for such a recovery. It is to get energy against the coming daily life through recovery. Through this, it is to secure recovery and quality of life.

We need to recall what the Earth’s greenness is. I have seen a picture that compares the current situation of the earth by duel between the earth and the climate crisis. The earth in the painting was dwarf and more difficult than the opponent. This picture suggests two things. One must win in the duel, the other needs to be killed for victory. We must prepare for the deadline. The special movement suggests risk sensitivity to the current situation. In order to live a healthy daily life, we must first detect the climate crisis and win against it.

It is a time of recovery. We are spending the last vacation this year to win our daily life. Before the end, you should do your best to avoid regrets. I feel that today’s wind, tree, and stars can be the last.